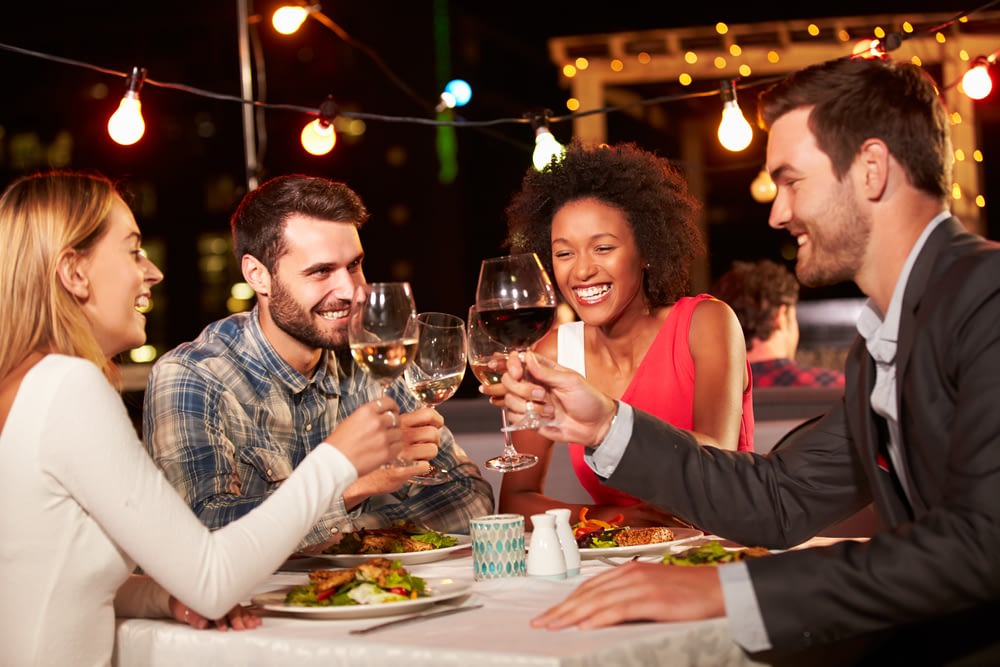 The US food industry has managed to bring in front some great results in 2015 all thanks to some macroeconomic factors. The consumer sentiment is higher and the food commodity pricing is kept lower than what it was a year ago. There are some challenges that seem to appear such as international crisis and oil pricing issues that might shift the performance of this industry in the near future.

How are the prices shifting?
An important thing to note is the basket of food pricing is up to 15% lower than it was in 2014 and the trend continues to shift. It’s all thanks to a decline in meat based products and wheat, not to mention the gasoline prices have also dropped the past few years as well.

According to the report, while the number of restaurant units is down from the 2013 peak, per capita spending has continued to increase year over year and we can expect the trend to continue in 2016 but also moving forward.

Top Consumer Priorities
The top consumer priorities are detailed in a chart on page 5 of the report. Alix Partners points out that the top priorties are:
– Lower prices, food safety, healthy menu options, and ingredient quality are top priorities across most segments.
– Lower prices most important for full service, fast casual, and grocery.
– Introducing more consumer technology is a low-ranked priority across the industry. 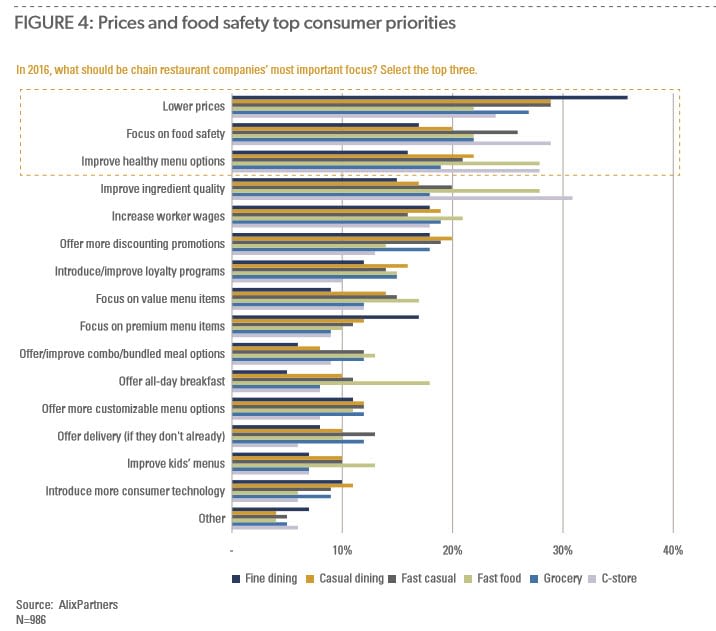 The report goes on to make the following observations about discounting as we move into 2016. These observations are taken directly from the report.

Technology
Page 9 of the report looks at technology and consumers priorities. Again, taken directly from the report:

My Concluding Thoughts
I believe that consumers that are interested in coupon offers want it to be as easy as possible to take advantage of discounts. But what the report suggests with the relatively low ranking of digital loyalty programs is consumers are not that loyal and can’t be bothered with multiple loyalty apps on their phones.

Restaurants are caught in the dilemma of making it too easy to give discounts to customers that the consumer did not know about or do not care about discounts when making a purchase.  In both cases giving away needless discounts only to reduce overall profitability.